After 17 years of professional training, promote the integration of new business forms in the environmental protection industry

Yuanchen Technology: Why can "carbon neutral" save the earth? The adorable kinds protect the Earth. 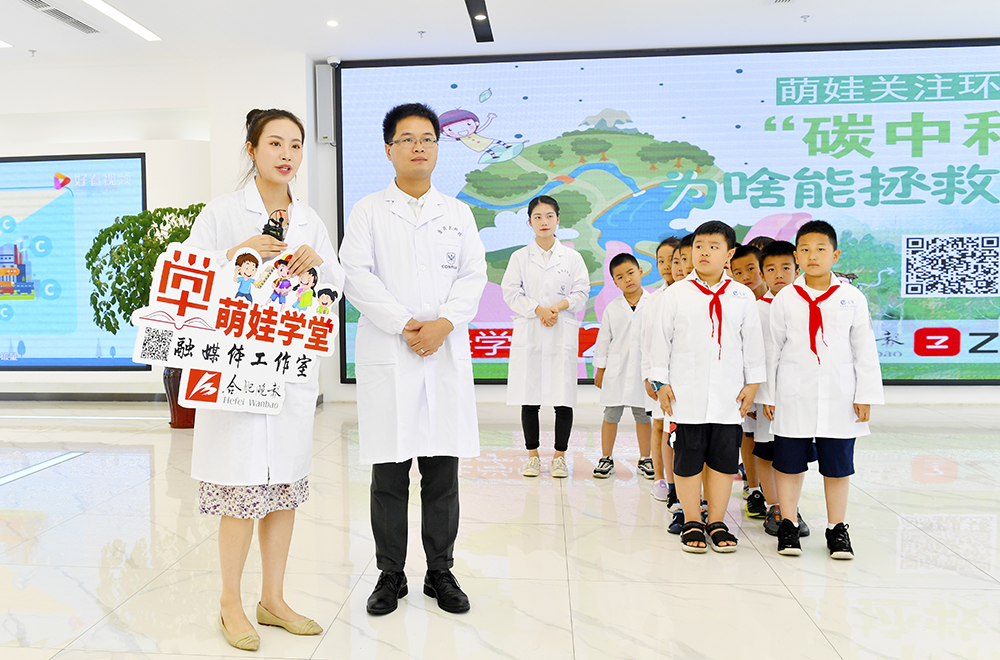 After introducing the basic information of the company, Dr. Zhao Yu, the chief engineer of Yuanchen Institute of Science and Technology, asked the munchkins a question, "Today's theme is 'carbon neutral', what is carbon?" The munchkins quickly gave their answer: carbon dioxide.

Where does carbon dioxide come from? Dr. Zhao Yu explains: "Humans and animals can exhale carbon dioxide, but more of the carbon dioxide in the air comes from fuel use. Why do we need to deal with carbon dioxide? Because CO2 is like a quilt that covers the surface of the earth, and when there is more and more CO2, it causes the earth to get hotter and hotter. So we have to do a good job of 'carbon neutralizing' and bringing down the CO2." Entering the laboratory on the third floor, Liu Sutao and Shen Guangyu, R&D engineers of the Institute, led two groups of children to conduct experiments on calcium carbonate production of carbon dioxide and electrolytic water production of hydrogen and fuel cell power generation respectively. Among them, the experiment of carbon dioxide production by calcium carbonate is to produce carbon dioxide by calcining limestone at high temperature or by reacting limestone and dilute hydrochloric acid. Through the chemical reaction, bubble-like carbon dioxide appeared in the test tube and the water became cloudy. The munchkins kept their eyes open to witness the magical moment.

Through visiting the lab and doing experiments led by teachers, the children learned about carbon dioxide production, but what exactly is "emission peak and carbon neutral"? Dr. Zhao Yu again used the quilt to make an image to explain: "'Carbon peak' is to make our quilt not thicker, 'carbon neutral' is to make our quilt thin enough. This any very daunting, we have to make efforts in our ordinary life, such as turning on the air conditioner to 26 degrees at the highest in summer, and trying to take public transportation when we go out." In the final hand-painting session, the children have opened their brains to draw the image of the earth in their minds, "The surface of the earth is mostly blue ocean, so I want to paint the painted earth blue."

Parents and children also expressed that they had gained a lot by participating in this activity, "I hope we can all start from small things and make a contribution to Mother Earth, and I hope the children can see the blue sky and stars in the future." In this issue, through a series of fun and educational activities such as laboratory visits and fun experiments, the children learn about the knowledge and significance of environmental protection and deepen their perceptual knowledge of "carbon peaks and carbon neutrality". We hope that the children can start from the little bit, consciously protect the environment, and jointly guard the beautiful home of the earth. This is the end of this edition of the school, and we look forward to the next edition.